This was written for Fandango’s Flash Fiction Challenge #33. It’s based on the photo prompt below provided by alexlibris999 at DeviantArt.com. This one is much less dark than my previous contributions. What does the dark mean without a little light? 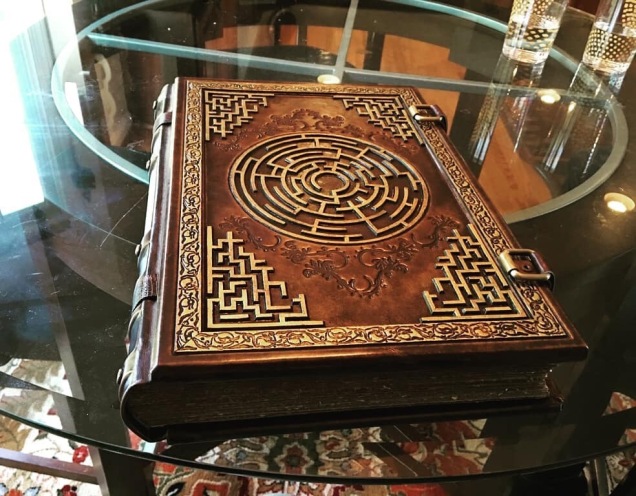 “No! This book is not for you, ” said the creepy bookseller in a timbre that matched his demeanor.

“What do you mean?” Ellie asked.

“There’s a power in that book, a power you can’t handle,” said the bookseller.

“Why do you have it out here if it’s not for sale?” asked Issa.

“Why not for us?” Issa finally asked.

“Its power is too great for you,” the bookseller said with an invigorated emphasis.

The girls took a few steps back and huddled.

“What do you make of this guy?” asked Issa.

“I think he’s gone,” said Ellie. “He really thinks this old book of spells has powers.”

“Do you still want it?” Issa asked.

“More than ever,” said Ellie. “I mean, I don’t think it has powers, but just because he’s so adamant that I can’t have it.”

“I know,” said Issa. “I thought it was silly that you were going to buy it before. Now, I want it.”

“How do we get him to sell it to us?” asked Ellie.

“We could charm him,” said Issa.

“Do you want the book?” asked Issa.

“Do you have any other ideas?” asked Issa.

“We could probably find it on Amazon,” said Ellie. She looked but couldn’t even find a title on the book. She stared at the ground for a few seconds. “Go,” she yelled and ran out of the store.

As the bookseller watched the girls leave, a smile grew on his face.